We would like to remind you to use your Century Next Mobile and Brella apps to set alerts and monitor your account fo [...] read more

Century Next Bank is pleased to announce Nick Austin as our new Market President for Ashley County.

Nick has been employed as a lender with Century Next Bank for the past three years and has been in the banking industry for thirteen years. He grew up in Ashley County where he began his banking career, left for a brief period to work in Oklahoma in the oil and gas industry, but then realized Ashley County is where his heart is. It’s where he wants to raise his son and assist his friends and neighbors with their financial needs. 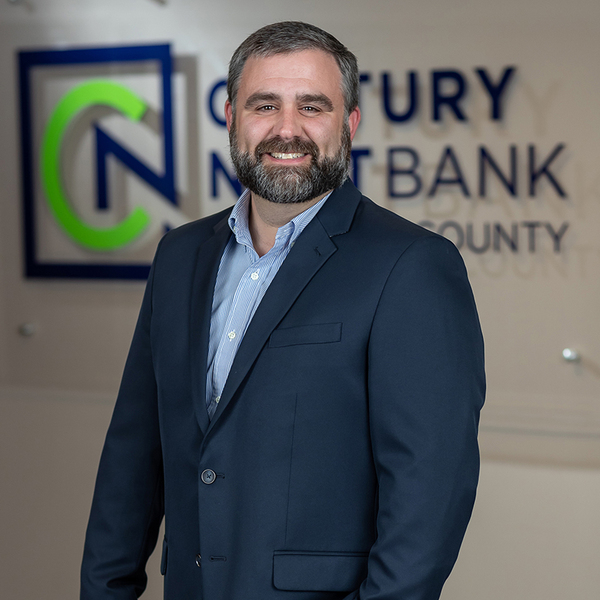 Nick holds a bachelor’s degree from Arkansas Tech University and will graduate from the Graduate School of Banking at Louisiana State University this summer. He has served on the Crossett Area Chamber of Commerce Board of Directors and currently serves on the boards of the Crossett Public Schools Education Alliance and the United Fund of Ashley County.

Nick has been married to Kasey for 21 years and they have a 16-year old son, Henry. The family enjoys living in the Mount Pleasant community, and they are committed to doing more than their part to make a positive difference in Ashley County. When not at work, Nick enjoys being outdoors and spending time with his family.

Nick’s focus is to understand the specific goals and needs of customers in Ashley County by helping to identify solutions that are timely, efficient, and are in everyone’s best interest. He is not a stranger to anyone and believes a strong and successful business community is the key to growth and prosperity now and in the future.

Gary will continue working as part of the Century Next team as a commercial lender at the Crossett Branch on Main Street.