During high school I had a few part-time jobs, so I needed a place to deposit my paychecks. Because I lived in the small town of Crossett, Arkansas, the first bank that came to mind was First National Bank of Crossett. My mom and I went to FNBC and I opened my first checking account. That’s where I became accustomed to hometown banking. I lived in Crossett all my life until I graduated high school in 2003 and in August of that year I moved to the big city of Monroe, Louisiana. The only thing I knew about Monroe was that it was big compared to Crossett, busy and fast paced – nothing like I was used to. For fun on the weekends Crossett people would come to Monroe to go to the mall, the movies and eat at the awesome restaurants. I began a part-time job at a local bank as a teller. I loved the job and the bank’s atmosphere of “hometown” banking because that was something I was already used to. I began to realize that although Monroe seemed so big, the southern hospitality was still there just like it was in my small hometown. It was because of those things that I realized I wanted to have a career in banking and I knew I wanted it to be a small bank.

After several years of working at a few different banks, I landed at Bank of Ruston in Monroe in the summer of 2016. I am at a bank that I absolutely love. The people I work with are great and the customers are wonderful, but the bank’s atmosphere is hands down the best! We are a big family that takes cares of one another, just like FNBC. We value our customers, their wants and their needs. Our employees care about each other and we are always striving to make things better. Coming from a small town and now working for a small bank with that same vision makes it all worth it. I was so happy when I found out about our strategic merger with FNBC. I never thought I would work for a company that would be merging with a company from my small town of Crossett, much less the first bank I ever banked with! FNBC and BOR have both been around for over one-hundred years and share similar goals, values and community involvement. I am so excited to be able to have a tie back to my roots!

Change often means uncertainty. After all, we are all human and naturally have questions and concerns. This merger is a huge change for all of us, but a very good one. This is an exciting time for both institutions as we are now one bank! Our new name will reflect our commitment to all of the communities we serve. Although we will have a new name, we are pleased to say that you will be banking with the same people you love and trust and our priority remains to serve you and our communities well, always! 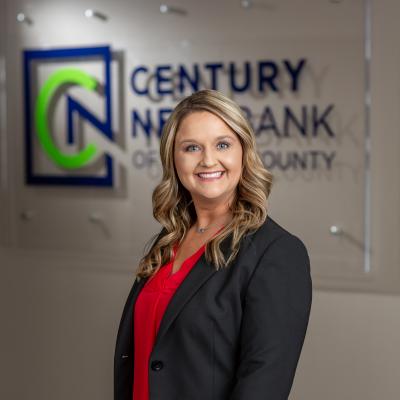