At Century Next Bank, we are dedicated to our communities because they are great places to live and work. We want to take time to recognize and honor some of the men and women who help make it great. With the celebration of Independence Day this week, today’s first installment of our Hometown Heroes series highlights two veterans who, together, gave 31 years in service with the United States Army. 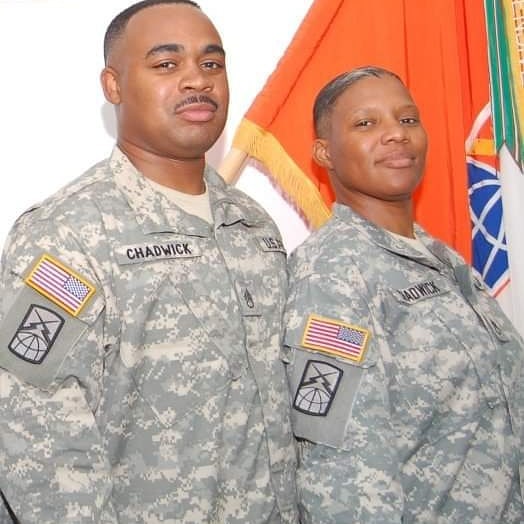 Fort Gordon, Georgia, where Carolyn served as Student 1st Sergeant, and Devin served under her as a Platoon Sergeant. When they eventually decided to marry, they selected January 1st, as they were both still actively serving and they wanted to select a day they would both be off duty. Now almost 13 years later, it has served as a perfect date since, Carolyn says, “we start every single year anew.”

In 1994, Carolyn joined the U.S. Army when, as a divorced single mother, she wanted to do something to provide stability for her family and give them a sense of pride. Devin joined in 1997 during his initial enrollment at Louisiana Tech University after getting married and starting a family. Between the two of them, they’ve been deployed or stationed at 22 locations across the globe. Once married, they were stationed together at Fort Huachuca, AZ, and Camp Arifjan, Kuwait, in addition to time at Fort Gordon for special trainings.

Carolyn is originally from Cairo, GA, while Devin is one of Ruston’s own. Century Next is proud to have Devin on our 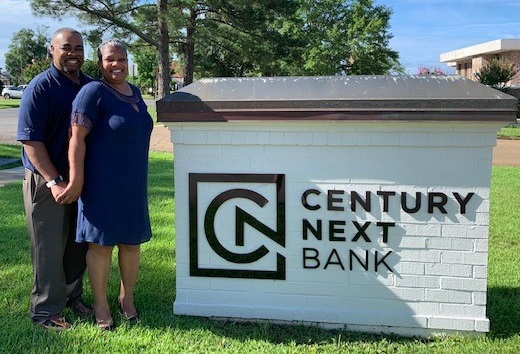 team as Systems Analyst, where he solves IT problems, big and small, with a smile. Carolyn is a full-time student at Louisiana Tech, where she’ll receive a BS in Human Resources Management in Fall 2020. Both Chadwicks are actively involved with the Beta Psi chapter of Delta Sigma Pi professional business fraternity, with Carolyn as outgoing President, and Devin as District Director. Together the two have 9 children, and 17 grandchildren, with their first great-grandchild on the way in December. Carolyn said her children’s exposure to different cultures and atmospheres through her time in the military was invaluable. Several of their children have served in the Navy, Air Force, and Army, and one son is currently majoring in Aviation Management at Louisiana Tech.

We thank the Chadwicks for their service, and are pleased they’re part of our bank family and our community.